Top Challenges in the World of IoT 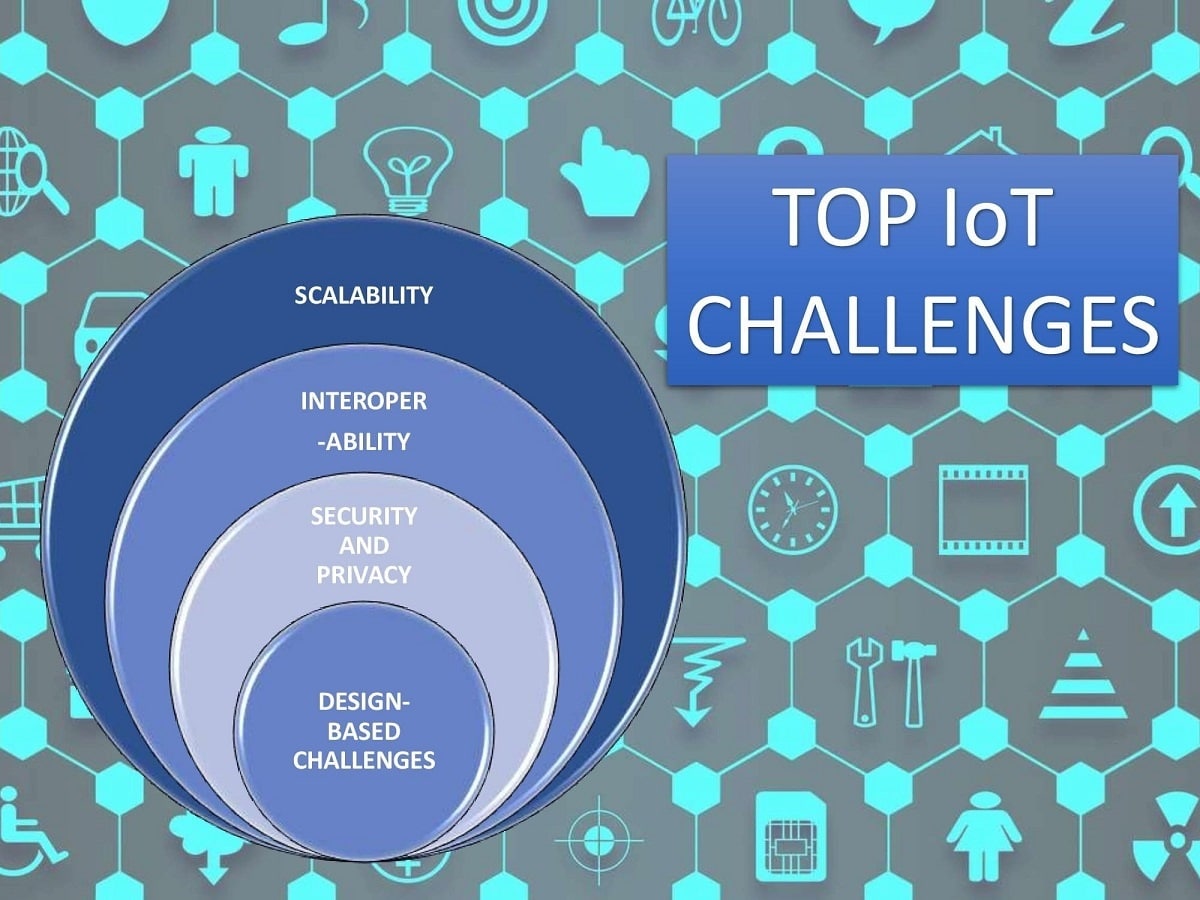 The Internet of Things is a global phenomenon and one of the most prevalent modern technologies today. We are experiencing a digital revolution as IoT collects an abundant amount of information that comes along as raw data. The applications of this technology involve making things like household appliances, industrial machinery, etc. smart.

It is a result of data and, one of the major examples is a smart door lock.  It is a deadbolt lock that is attached to a smart unit and connected to the smart hub, allowing home and owners to gain access via keyless entry.

While IoT is responsible for many smart home devices, smart business analytics, or Industrial Internet of Things (IIOT), many challenges still exist due to the easy availability and transmission of shared data. Complications also exist due to the nature of the technology, and some bad characters that can wrongly remote access systems.

IoT is an explosively developing field that connects tens and billions of devices that come online. Connecting numerous devices results in one major concern: Scalability. For instance, you add a new feature to your IoT device but, how will you roll it out to all your customers seamlessly spread around the world. It is indeed difficult because it involves a great deal of infrastructure to connect and upgrade the existing system. Also, user demand for designing new features is important, and being in tune with this demand will ideally assist in designing a roadmap for feature upgrades.

A survey by Mckinsey states that “40% to 60% of the total value lies in the ability to achieve interoperability between different IoT systems.” For example, a smart system that regulates air conditioning speaks a different language as set by its manufacturer than one that controls the closing and opening of the windows in a room. Also, when traveling in an autonomous vehicle, communicating your movements to other vehicles on the road can be difficult, putting several lives at risk. A difference in manufacturer and brands leads to this difficulty in communication and coordination. Hence, achieving interoperability in IoT is a challenge.

One of the most significant challenges of IoT is the security that is specifically related to cybersecurity as it pertains to information technology. For instance, a smart manufacturing system equipped with IoT sensors is installed in a factory. A property manager or a maintenance official can use their mobile to check device status, read incoming commands, or send commands. But, what if, a foreign attacker seizes control of the machine and breaks through security to gain access.

Also, transmission and sharing of data via IoT that is unencrypted, makes it completely vulnerable to a privacy breach. Sensitive company information is one of the biggest victims of a privacy attack. For example, security webcams deployed for home security and baby monitoring can pose Masevere threats by hacking which leads to home invasions and real, tangible danger.

Many IoT devices are left unattended, as they are connected with real-world objects. In case they are used on patients as wearable devices, a technical error in security can be life-threatening for a patient. For example, smart medical devices are involved directly in-patient care, such as a continuous patient monitoring system or smart insulin pump.

When checking the performance of medical IoT software, testing specialists deal with the load, network bandwidth, latency, and other metrics both for mobile and web applications. A website shouldn’t crash under an unexpected load surge in healthcare IoT.

As technology evolves over the years, design challenges are increasing at a faster rate. The majority of the engineers say that finding the right hardware and establishing the proper form of connectivity are two of the biggest challenges. Also, in terms of security, the IoT industry is still going through growing pains. One of the biggest pain is developing best practices and platforms to deliver and manage IoT security for billions of connected devices.

The fourth challenge is finding the right software with, cloud computing being the fifth one. Having said the same, design engineers expect 5G to help in the continued growth of IoT. Many feel that 5G will lead to faster data connectivity and the development of IoT applications.

Despite the IoT bottlenecks in its current state, it still has many benefits in today’s technological world. But as every technology follows its lifecycle to complete development, all stakeholders like the IT industry, government, and the customers must pave their way through existing challenges, especially security and privacy till regulations and solutions for them come into force.